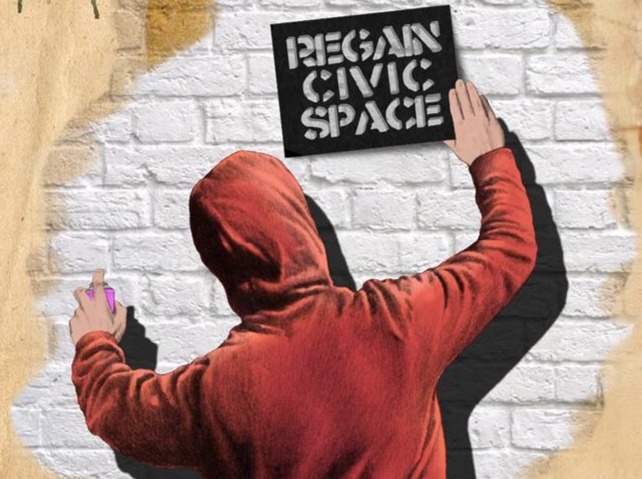 The important role played by civil society organizations (CSOs) in development has been affirmed by the international community and supported by a variety of international agendas including the Paris Declaration on Aid Effectiveness and the 2030 Agenda for Sustainable Development. In addition, in many areas of the world, particularly remote, rural, and economically depressed areas, CSOs act as essential gap-fillers, providing important social services, disaster relief, capacity building opportunities, poverty alleviation, and other crucial services that the government and private sector may be unable to provide in order to respond to the needs of their communities, especially the most disadvantaged among them.

In order for CSOs to carry out their critical work, they require, at a minimum, the freedom to exercise three interdependent rights: the rights to peacefully assemble, freely associate, and openly express themselves. Impediments to the exercise of these rights undermine civil society’s ability to contribute to a country’s development.

According to a motion presented to the European Parliament on addressing shrinking civil society space in developing countries, there is a deep concern on the closing down of civil society space that is being carried out in increasingly complex and sophisticated ways, which are harder to tackle and imposed through legislation, taxation, funding limitations, increased bureaucracy, reporting and banking requirements, the criminalization and stigmatization of CSO representatives, defamation, all forms of harassment, online repression and internet access limitations, censorship, arbitrary detention, gender-based violence, torture and assassination, in particular in conflict-stricken states.

For example in Brazil in 2019, the police cracked down on an NGO called the health and happiness project that works to preserve the Amazon forest. Prior to the crackdown, there were a number of fires in Brazil’s Amazon in August 2019, that led to a public outcry that the government was not doing enough. These events were followed by half a dozen federal police armed with semi-automatic weapons who showed a warrant and demanded entry to the premises of the health and happiness project – a long established NGO that has worked with Prince Charles, Caritas, Coca-Cola and many other international partners. The police then examined files and hauled off computers and files. In addition, four volunteer firefighters from the health and happiness project, were arrested and accused of intentionally setting fires in the Amazon rain forest. Congressman Airton Faleiro, stated that the arrests were an act of aggression, he added that the government of Brazil was seeking to blame the fires on non governmental organizations rather than on land grabbers who environmentalists say set blazes to illegally clear virgin land for farming and ranching. Greenpeace, a non governmental organization in Brazil also condemned the arrests as “an attempt to criminalize social movements and NGOs that work to preserve the Amazon.

Across Sub-Saharan Africa, land rights defenders, in particular leaders of indigenous rights organisations, are often targets of efforts to shut down civic space when they protest land-grabbing, dispossession and other illegal rural activities. In addition, there has been an increase in blatant and clandestine attacks on human rights activists, who are consistently accused of being foreign agents and branded as anti-economic development and a threat to national security.

For example in Kenya, since 2018, Human Rights Watch found that police killed no fewer than 100 men and boys in Nairobi’s informal settlements, on account of them “allegedly” being criminals, even though they had not been taken through the legal process.

In addition, the new online civic space openings have also been subject to closures, distortions and shut-downs, using both formal and informal methods. For example, in Uganda, on 8th November, 2019, Uganda’s Communications Commission (UCC) directed all online data communication service providers, including online publishers, owners of online news platforms, and the operators of online sites for radio and television channels to obtain authorization from the central regulator before they are allowed to operate or risk being shut down. The scheme, which also charges users an annual license fee of $20 and is ostensibly designed to clamp down on “immoral” content, is targeted at online personalities with large followings on Facebook, Twitter, YouTube and Instagram, this includes prominent activists, bloggers, politicians, socialites, musicians and journalists.

The government also censored media outlets, and arbitrarily detained outspoken critics of the president, among them opposition politician Robert Kyagulanyi, also known as Bobi Wine. Outspoken academic and activist, Stella Nyanzi, was sentenced to 18 months’ imprisonment for a poem she published on Facebook in 2018 criticizing President Museveni.

The 2030 Agenda, and Sustainable Development Goals 16 and 17 in particular, provide for enhanced cooperation with civil society as key partners and enablers as regards the promotion, implementation, follow-up and review of the SDGs. Closures of democratic and human rights-based civic space will mean countries fail on the SDG 16 indicators of ‘peace, justice, and strong institutions’.

In addition, the 2030 Agenda believes that a genuinely independent, diverse, pluralistic and vibrant civil society is pivotal to a country’s development and stability, to ensuring democratic consolidation, social justice, respect for human rights, and to building inclusive societies, so that no one is left behind.

What we know of the impacts of civil society on development in the past suggests that ‘core’ human development indicators are highly likely to be affected, as civic actors have influenced policies and practice on poverty, hunger, gender equality, livelihoods, health and education, across a wide range of contexts, but in particular for marginalized and disempowered groups.

International Lawyers Project works to provide pro bono technical legal assistance to civil society organizations and communities in developing countries by leveraging global legal resources in alignment with partner needs to support just, accountable and inclusive development. Our work is guided by principles underpinning the promotion of economic justice and sustainable development as we seek to further enhance economic and social justice with a focus on corruption, illicit financial flows, tax reform and media freedom. ILP believes that for civil society to be able to achieve its goals, governments need to provide an enabling environment for their operation. ILP supports inclusive development with the aim of eradicating poverty. One of the key drivers of poverty is lack of participation in governance processes by civil society. For us to achieve equality, inclusion and growth, there is a need to open up the space for civil society, human rights individuals and organizations, media, community activists to be able to do their work uninterrupted.

Without proper safeguards, enabling legislative frameworks, and deliberate efforts to empower citizens, the space for civil society, even in democratic countries, can easily diminish as pockets of repressive and undemocratic practices continue to manifest. It is evident that the level of awareness and capacity of citizens to assert their civil, political, and socio-economic rights is the bedrock of a thriving democracy.

On Trial: the Territorial Scope of the UK's Freedom of Information Act. Can anyone seek information?

ILP is included in the Pro Bono Guide for Individual Lawyers